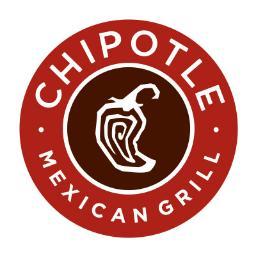 Nineteen E. coli cases in Washington and three in Oregon have been connected to Chipotle, according to the Washington State Department of Health.

“While the outbreak appears to be linked to food served at Chipotle restaurants, the food or other source of contamination hasn’t yet been determined and remains under investigation,” the department said.

Eight of those who got sick were hospitalized, the department said. No one has died as a result of the outbreak.

“Anyone who thinks they may have become ill from eating at a Chipotle restaurant in the past three weeks should consult their healthcare provider,” epidemiologist Dr. Scott Lindquist said in a Washington Health Department statement.

Chris Arnold, Chipotle’s communications director, said in a statement that the people who got sick ate at six different Chipotle restaurants. “The safety and wellbeing of our customers is always our highest priority,” he said. “We offer our deepest sympathies to those who have been affected by this situation.”

Once the company was notified of the E. coli outbreak, “we immediately closed all of our restaurants in the area out of an abundance of caution, even though the vast majority of these restaurants have no reported problems,” the statement said.

Chipotle is working with health officials to determine what caused the issue, the statement said

Arnold told NBC News that a total of 43 Chipotle restaurants were shuttered and the “reopening schedule will be driven by progress of the investigation.”

Most strains of E. coli are harmless, but some strains can cause diarrhea, urinary tract infections, respiratory illness, pneumonia and other illnesses, according to the Centers for Disease Control and Prevention.

The closures came at an inopportune time for Chipotle and fans of the Mexican food chain, as the restaurants usually hold a promotion on Halloween. This year, customers who came in costume with an added off-theme accessory could score a $3 “boorito.” The stunt was meant to raise awareness about food additives.