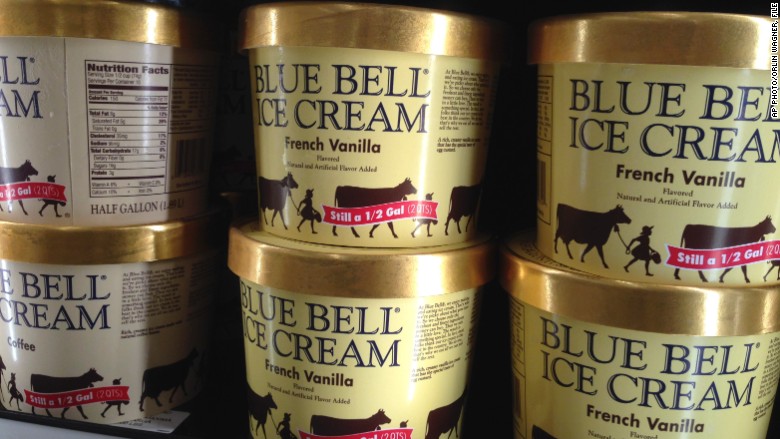 The company on April 20 recalled its entire product line last month, and shut all of its ice cream plants to clean up.

Equipment at the Broken Arrow, Oklahoma plant tested positive again for listeria as recently as March 25, according to an 11-page report from the Food and Drug Administration. It has been closed for cleaning since April 3.

Inspectors found that the company’s process for sanitizing equipment was inadequate. The plant failed to monitor the temperature of water used to clean equipment. Additionally, the building itself wasn’t constructed in a way to prevent drips and condensation from contaminating ice cream and packaging materials, the report stated.

Problems were also found at Blue Bell plants in Alabama and Texas.

An FDA inspector recently saw an employee of the Sylacauga, Alabama facility “touching their visibly damp” pants. “The employee then proceeded to load sleeves of lids … during production of vanilla and chocolate ice cream without washing hands or changing gloves.”

Related: Blue Bell vows no layoffs in wake of recall

Blue Bell, in a statement Thursday, said it believed that its “cleaning process took care of any problems” found in 2013. “But in hindsight, it was not adequate, which is why we are currently conducting such a comprehensive re-evaluation of all our operations.”

The company also said the cleanup will take longer than it had expected and that it will be at least several months before its ice cream is back on store shelves.

Experts say that listeria is tough to get rid of and can live on surfaces like drains and pipes for years.

“To get rid of it they’d have to take the equipment apart and clean it. It’s a big job to control listeria in a plant,” said Caroline Smith DeWaal, a director of food safety for Center of Science in the Public Interest.

The Centers for Disease Control found last month that the Listeria outbreak that prompted the recall dates to 2010.

Officials believe that three people in Kansas have died in the past year due to Blue Bell products contaminated with listeria, according to the CDC. Additionally, one person became sick in Arizona, five in Kansas, one in Oklahoma and three in Texas.

–CNN’s Ralph Ellis and Holly Yan contributed to this report.